Irwin’s Funeral Directors is a 5th generational business, established by Cornelious Irwin in 1834. The business started in Abbeygate Street Lower, where White Hall Medical Centre can be found today. The Irwin family witnessed the worst sights of the Great Famine of 1845 – 1850, when unthinkable hardship ravaged the West of Ireland and death became an unwelcomed familiarity in Galway. Despite the hardships of the time, Cornelious committed to serving the people of Galway in as dignified a fashion as circumstance would allow, and he continued to do so until he died in 1874. He was seventy years of age at the time of his death and was buried in Forthill Cemetery. Pictured below is one of the first-ever horse-drawn hearses, used by Irwin’s in 1834. 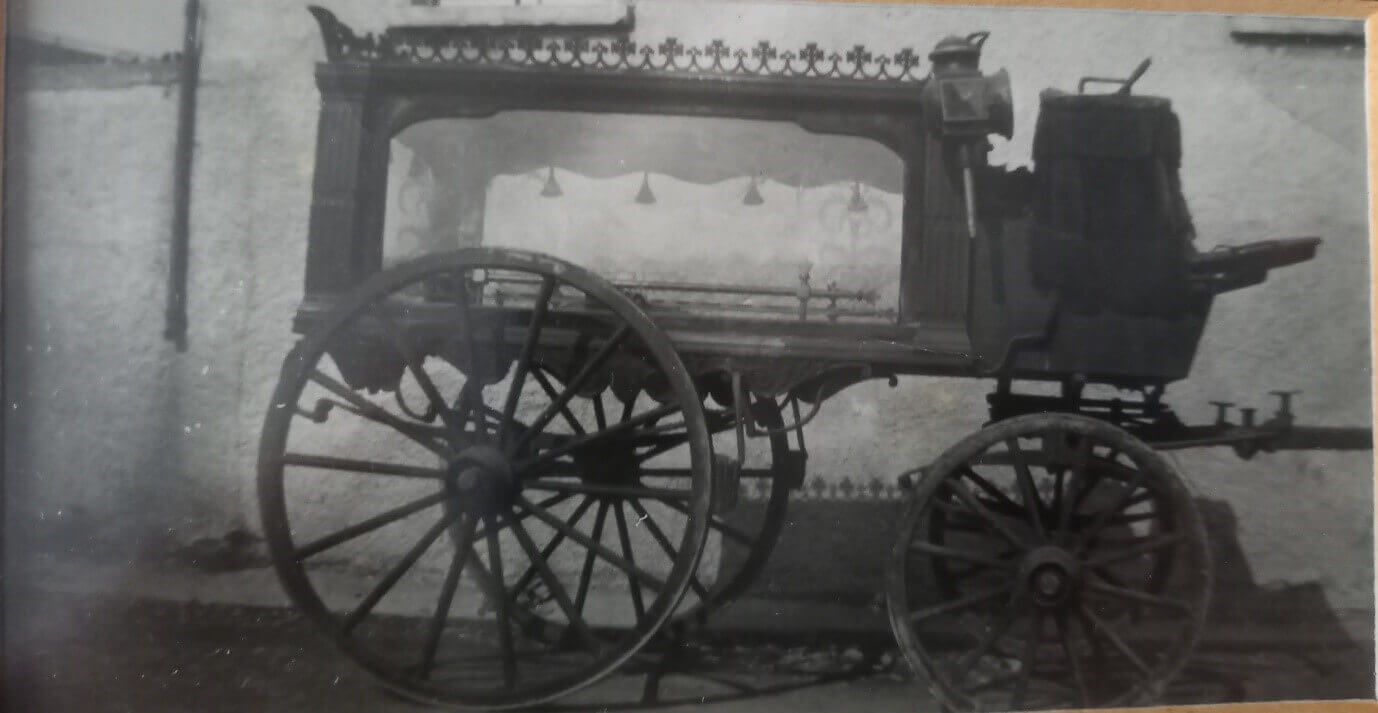 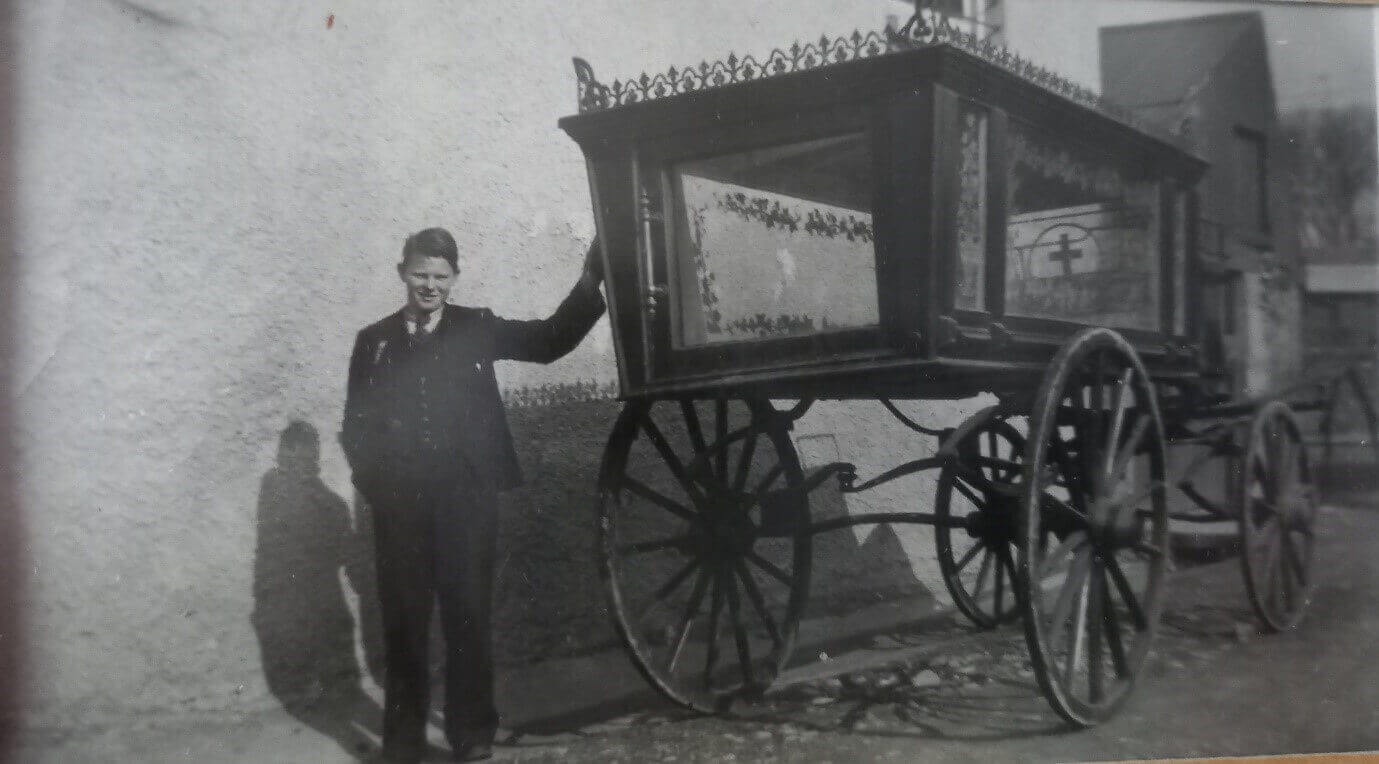 After his death, his son, Patrick Irwin took over the running of the business. The family and business moved to Eyre Street in 1902. The Irwin’s bought Mack’s Royal Livery Yard and Posting Establishment, where they then built their family home and ran their business from. It was the time of the horse drawn hearse so stables were also maintained at the premises. 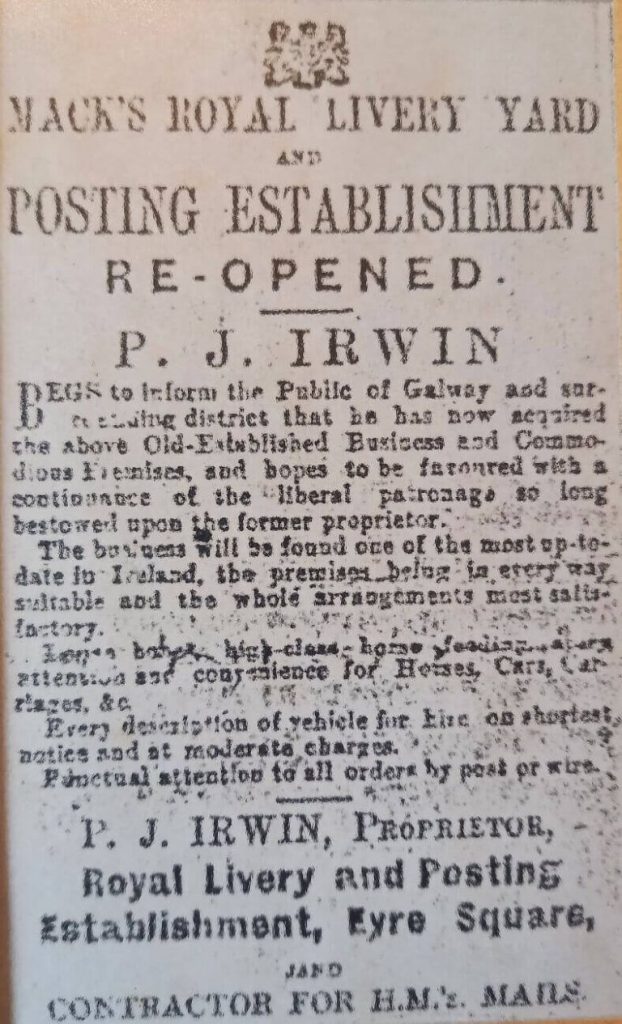 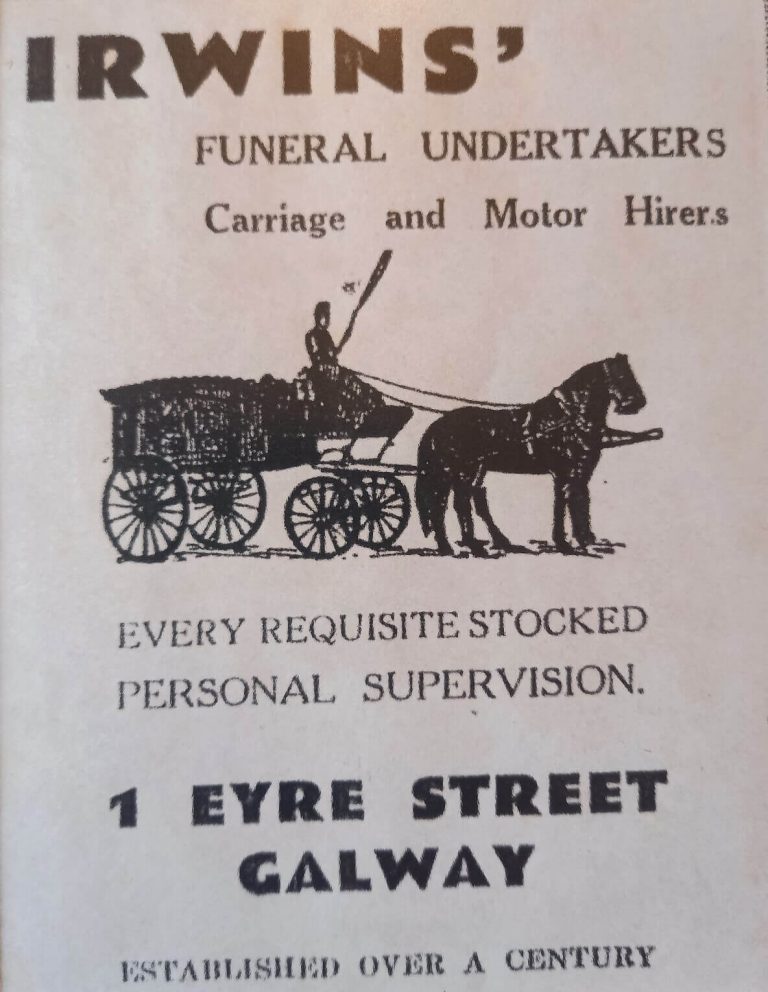 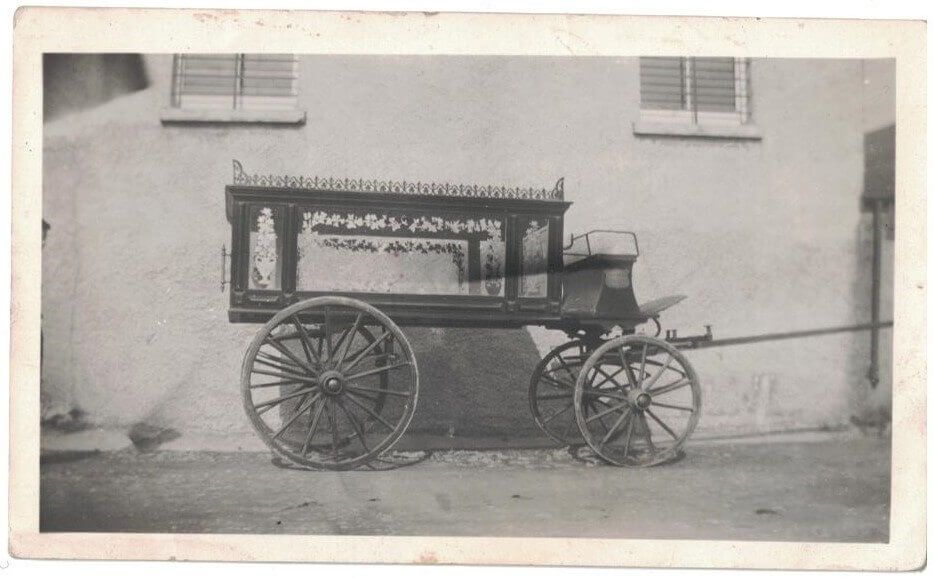 Shortly after the turn of that century, Patrick Irwin’s son, also named Patrick (Paddy), began managing the Undertaker’s role. Under his management, the business continued to grow and also extended to many parts of the county, including Connemara. The advent of the motor hearse during the late 1930’s and early 1940’s changed the funeral business almost overnight and the days of the horse drawn hearse were fast coming to an end forever. Undertakers seemed to spring up in all areas; one of the main reasons for this was the fact that horses were no longer required, doing away with most of the work. This new development meant that undertakers no longer had to maintain stables, feeding, grooming and tacking of horses. While this affected some businesses, the Irwin family were extremely adaptable and had over 100 years’ experience. They were ‘old hands’ at the undertaking business and it not only survived, but thrived.
In 1952, Irwin’s were honoured with looking after the Funeral of Dr. Arthur Colohan, composer of the song ‘Galway Bay.’ 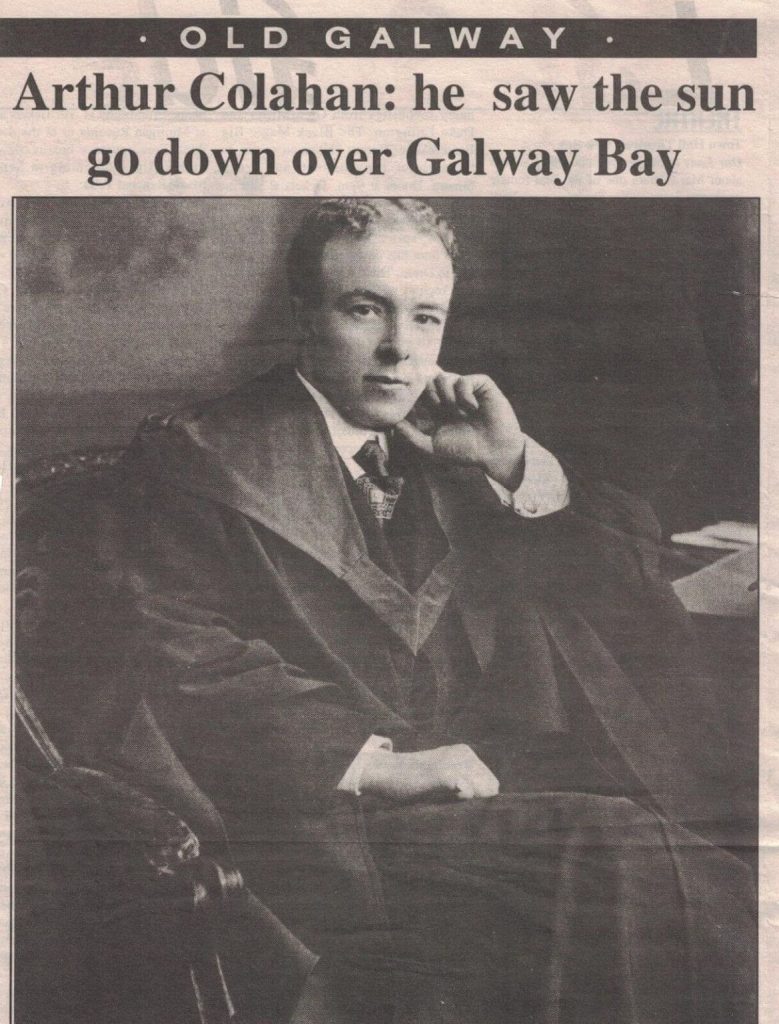 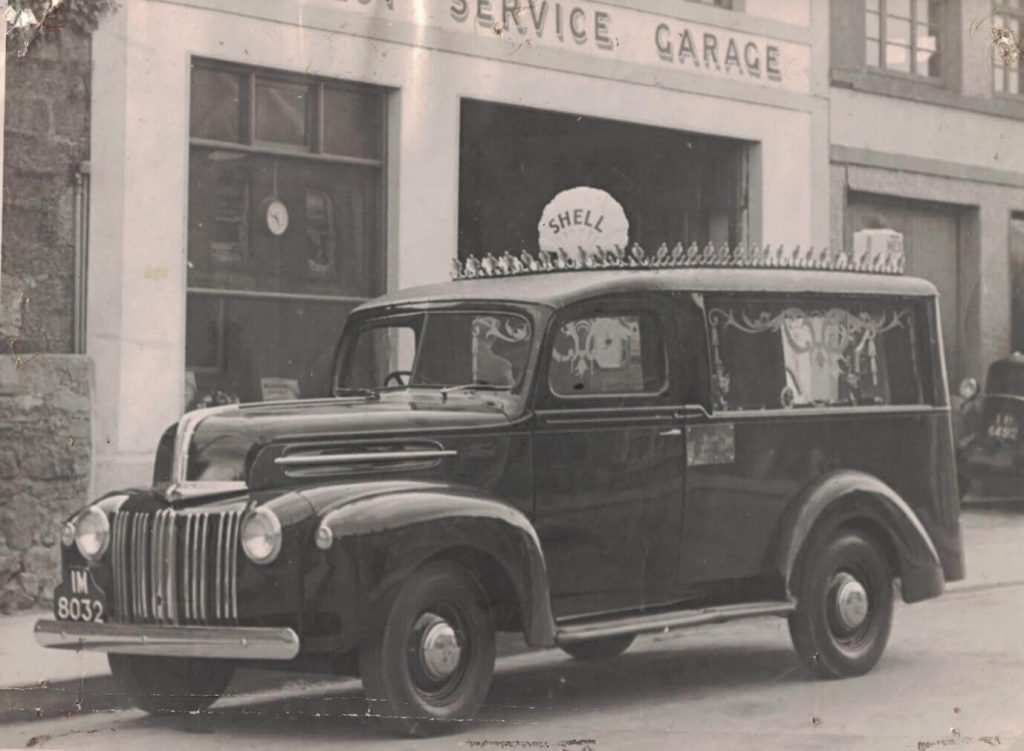 In 1961, Paddy’s son Joseph (Joe) Irwin began working in the family business. Joseph always had a love and passion for the funeral business and said it was all he ever wanted to do. For years, the two worked alongside each other serving the people of Galway City and County. In December 1981, Paddy and Joe looked after the funeral arrangements for Councillor Claud Toft, the only modern Mayor of Galway to die while in office. 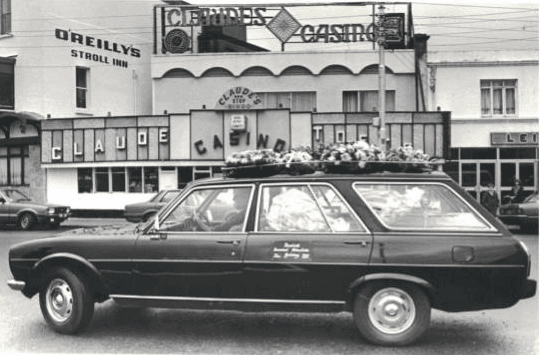 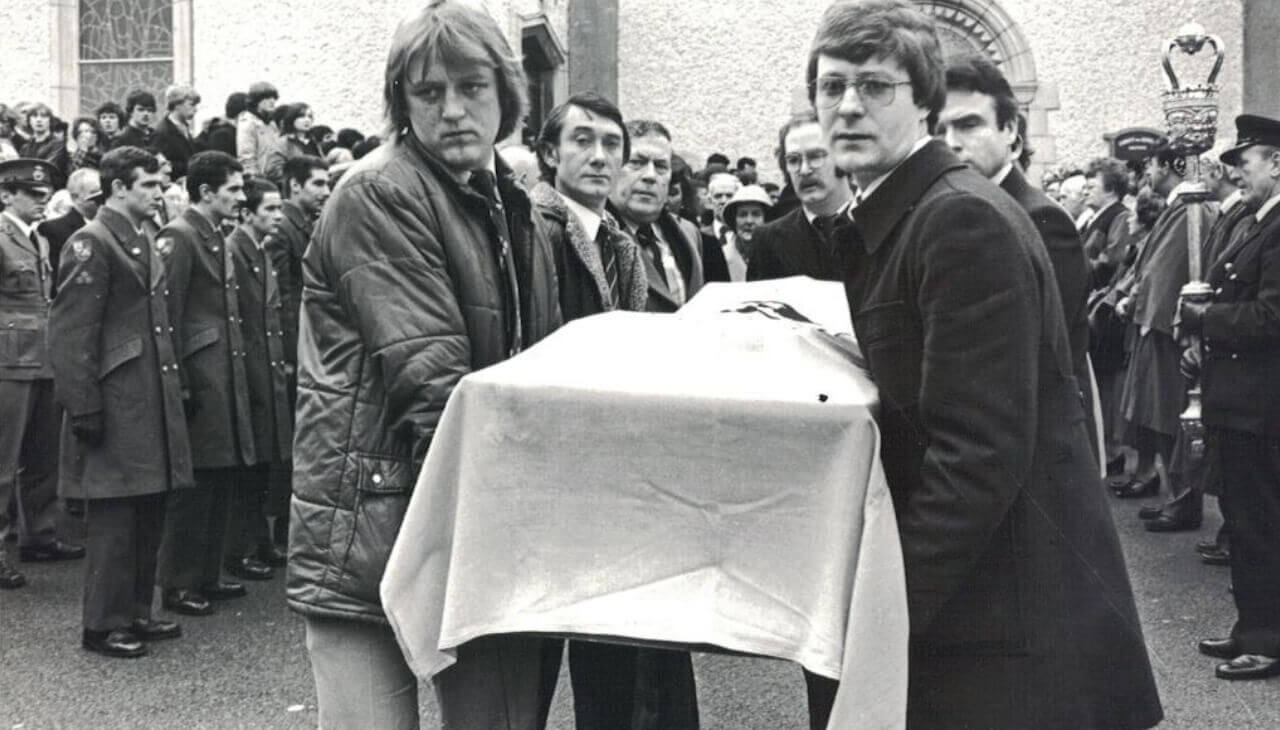 Pictured below is the blessing of one of Irwin’s Hearses in 1964. 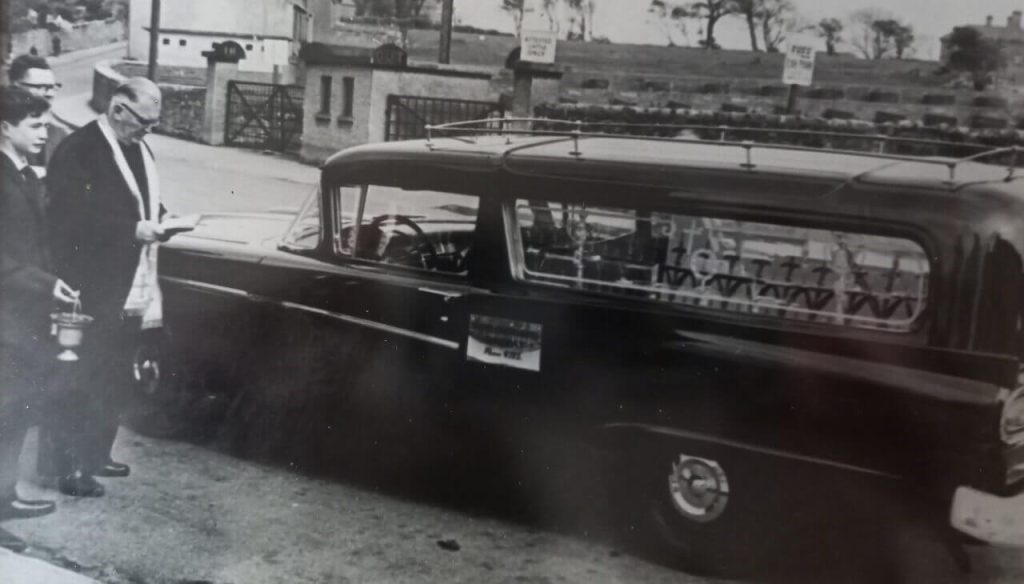 Joe could foresee the changes and advancements which would be soon coming within the funeral industry and knew that if the family business was to survive and continue to grow, they would need to build a funeral home. Planning permission was obtained for a funeral home to be built behind the home house where their horses were stabled, in 1988. Paddy and Joe opened up their new funeral home in 1990. 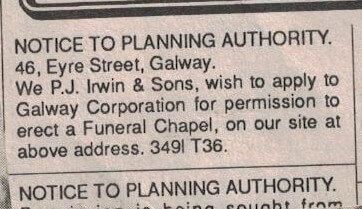 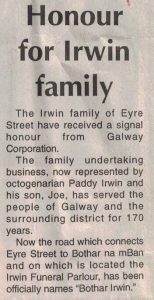 In 1992, Joe married Ann McNamara, a nurse at Merlin Park Hospital Galway. Ann began to work in the funeral business almost immediately, bringing many advancements to the industry, particularly in the areas of hair and make up and the overall presentation of the deceased. Joe and Ann had two children, Joseph and Clare Ann. Joseph worked part time in the family business throughout his years at St. Joseph’s College (‘The Bish’) but following his third level education, pursued a different career path. Clare Ann also worked part time in the business throughout her years at Salerno Secondary School, Salthill, but went on to study Primary School Teaching and Psychology in Mary Immaculate College, Limerick.
Clare Ann practised as a primary school teacher for three years in both Dublin and Galway, but she always knew her heart was rooted in the funeral business. In 2021, Clare Ann decided to leave her career as a primary school teacher and follow her dream of becoming a funeral director and embalmer, carrying on the business for its fifth generation. Clare Ann is currently studying with The Irish College of Funeral Directing and Embalming and will become a fully qualified embalmer in 2022.